Our Graduates Speak for Themselves! 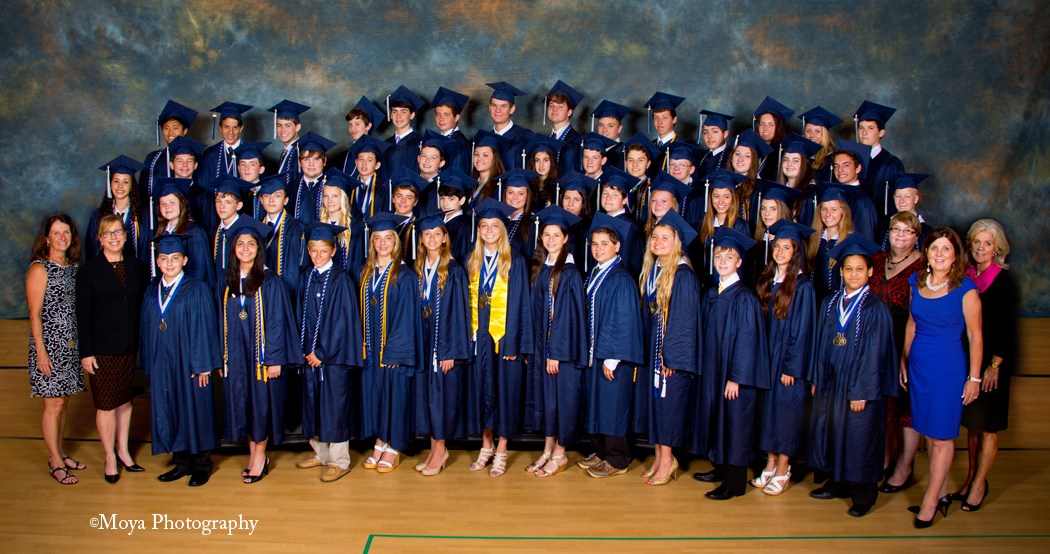 Jessica Hundley (Class of 2008; St. Peter)
Presently Jessica is a sophomore at the University of Florida studying Journalism.  She says All Saints definitely prepared her academically by pushing her to be her best.  The loving support she received at All Saints acted as a foundation for her high school career and eventually to the University of Florida. “It is comforting to know I have somewhere to go back to, ” says Jessica.  Further, Jessica states All Saints helped her to set a foundation for her Catholic faith that has carried her through high school to the present.  She says questions about faith were never met with harsh words, but with thoughtful explanations and answers; and she knows middle school students had a lot of questions.

Julia Montejo (Class of 2009; St. Peter)
Julia is currently a freshman at Cornell University majoring in Latino Studies and Government (with a concentration on Inequality Studies and Transnational Relations).  She is on a Pre-Law track.  Julia feels All Saints helped her immensely in the academic respect for high school.  She felt she had a much stronger language arts and literature background than many of her classmates.  This was reflected in her ability to perform in Speech and Debate competitions.  All Saints also sparked her interest in social justice issues.  Her knowledge gained at All Saints drove her to pursue a legal career in order to give a voice to Latinos, migrant workers, and other marginalized groups which are presently being unjustly oppressed.  Overall, Julia feels All Saints was able to give her the tools to be strong in her faith and hold to her convictions.  She remains active at St. Peter’s Catholic Church and currently is a lector for Cornell Catholic Community.

Sofia Sill (Class of 2012; St. Patrick)
Sofia is a sophomore at Suncoast High School in the International Baccalaureate program. Sofia says that All Saints prepared her both spiritually and academically for high school.  As the class valedictorian she was prepared for the rigor of her high school program and continues with outstanding grades.  Her faith also inspired her to begin a non-denominational prayer group at her high school.    She saw the need for students to pray in the public school system and her club is growing each day.

Sophia Andel (Class of 2013; St. Paul of the Cross)
Sophia graduated from All Saints in June, 2013 and is now a freshman in the Math Science Engineering program at Suncoast High School.  All Saints provided Sophia an opportunity to excel in academics, as well as to be morally and spiritually prepared for life. This faith-filled environment instills high degrees of self-confidence, self-respect, and self-discipline among students. All Saints is a “community within a community” that unites people who share common values and goals as communities of faith.

Emma Zanotelli (Class of 2007; St. Ignatius)
Emma is a junior at Franciscan University in Steubenville, Ohio. She is studying social work and someday wants to be a child advocate. She benefitted most from the Language Arts teachers. The language arts and writing skills she learned will be with her forever. She realized the value of incorporating her Catholic faith into all of her subject areas and to live her faith.  Emma felt her teachers incorporated faith into their teaching.

Miranda Teta (Class of 2009; St. Christopher)
Miranda is currently at Florida State University majoring in Mass Communication Studies. Miranda shared that All Saints prepared her for the IB program in high school with confidence in her abilities. She had already been academically challenged in middle school and therefore knew how to study and prepare for tests. Miranda felt that she was also taught outstanding moral values that a lot of high school students lacked. All Saints actually sparked her interest in broadcast journalism. The ENN taught her how to work both the control room and be comfortable in front of the camera. It led her to intern at WFSU and become a sports anchor on University Update, which airs on the local broadcast station. She also learned at All Saints to turn to God and prayer in times of need and even today, still uphold the same values and teachings she was taught while in middle school.

Christopher Olowin (Class of 2008; St. Patrick)
After graduating from All Saints, Chris attended Cardinal Newman. He was enrolled in the IB program and graduated Newman ranked seventh in the class. Since Newman he is currently in his second year at the University of Florida where he is planning to major in Accounting. All Saints helped Chris build a foundation for who he is today both spiritually and mentally. In addition, it truly meant a lot to him when All Saints was so supportive of the toy drive for Haitian children that he and his friend Kristin Temple organized when he was a junior at Cardinal Newman. It was inspirational to see a school community come together to bring a glimmer of hope to children that were afflicted by the earthquake in 2010.

Daniel Cole (Class of 2010; St. Paul of the Cross)
Daniel said that he will always look back fondly on his years at All Saints Catholic School. ASCS provided him with knowledge, skills, and values that he uses every day in my academic, social, and spiritual life. As a senior at Cardinal Newman High School, he can honestly say that his years at All Saints left him extremely prepared for high school and for the rest of his life. He wants to congratulate All Saints on ten great years! Go Eagles!

Jeanna Heater, (Class of 2010; St. Patrick Church)
Jeanna graduated from All Saints Catholic School in May of 2010, and is now anticipating graduation from Cardinal Newman High School this coming May of 2014. Arriving at All Saints in sixth grade, it became my home for middle school growth, and preparation for her high school years. During the three years she spent at All Saints, she was guided in learning and growing socially, academically, and spiritually with the guidance of several teachers and alongside her friends. Group presentations in sixth grade encouraged her to strive in leadership and advanced math courses created a basis for the more challenging equations in high school. Not only was her physical mind strengthened but also her spiritual being. As she has grown older, she realizes that her faith must become a responsibility of her own. Mass every Thursday, plus prayer before each class at All Saints, set an example for the faith that continues for her and is an inspiration to others. All Saints Catholic School not only prepared her for challenges but also set an example for the person she should strive to become.